Why invest in Assisted Living Facilities

Have you found yourself taking care of your aging parents at the end of their lives?

This is a tricky financial situation. Watch the below video for insights:

Why invest in “Boutique” senior housing? 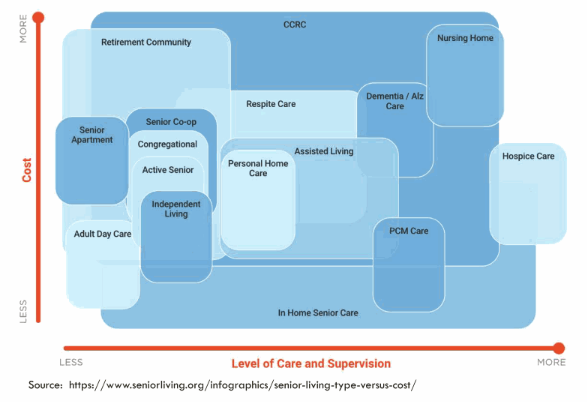 But what about the red tape and permitting?

When its hard to do something… THIS IS the exact reason why you want to push through because it decreases the amount of competition. Remember it is easiest at the top or the mountain.

This is the reason why I have shied away from apartment investing as an operator (not as an LP) because it is so competitive and filled with all these no track record, no money, big dreamer types.

Wagner. This is a federal district court case from the Northern District of Texas, Dallas Division. Several neighbors signed a petition objecting to a group home for the mentally retarded coming into the neighborhood. The neighbors filed an action in state court objecting to the sale of a home to be used as a group home for the mentally retarded, with the stated basis for the lawsuit being to enforce a deed restriction. The state court lawsuit seeking a temporary restraining order was dismissed one week after being filed. Then the United States Department of Justice filed a Fair Housing Act (FHA) lawsuit in federal district court against the six neighbors who had signed the petition and initiated the state court lawsuit. The federal district court found that by opposing the group home, the neighbors discriminated against the intended disabled residents in violation of the Fair Housing Act. The court noted “[s]ince the FHA Amendments took effect, courts have made clear that single family deed restrictions cannot be used to exclude group homes for disabled persons from single family neighborhoods.” The court indicated punitive damages in civil rights cases is appropriate when the defendant’s conduct “involves reckless or callous indifference to the federally protected rights of others.” The court awarded compensatory damages totaling $11,092.50, punitive damages against three named defendants totaling $8,000, and attorney fees of $46,045.61 against the six defendants, to be paid jointly and severally. U.S. v. Wagner, 930 F.Supp. 1148 (N.D. 1996), and also U.S. v. Wagner, 940 F. Supp. 972 (N.D. Tex. 1996). These cases are on Google Scholar.

Capella Park. This Texas state court case is also from the Dallas area. The HOA sued two adjacent group homes for the mentally retarded alleging violation of restrictive covenants by operating a business. Initially, the trial court agreed with HOA, issued permanent injunction against the group homes, and gave the group homes 90 days to cease and desist. The group home appealed. The Texas Court of Appeals (5th district) found that the HOA violated group homes’ (and residents’) rights under the federal Fair Housing Act, dissolved the injunction, and remanded to trial court. On remand, the trial court issued a permanent injunction against the HOA, prohibiting it from enforcing its restrictive covenants against group homes, and directed HOA pay defendant $38K in attorney fees. Walls v. Capella Park Homeowners’ Association, Inc. The Texas appellate decision is on Google Scholar. Documents filed with the Dallas 162nd district court are available on the court’s web site.

Kinnear. This is a Texas court of appeals case from Beaumont. The restrictive covenant stated “lots for residential purposes only” and “lots shall not be used for business purposes of any kind nor for any commercial, manufacturing or apartment house purposes.” Joe Bruce Kinnear filed a lawsuit against an entity that planned to build housing for six mentally retarded individuals. The trial court issued an injunction which was reversed on appeal. The appellate court wrote: “It is noteworthy and significant that 42 U.S.C.A. § 3604 (Supp. 1994) forbids discrimination in housing. The operative part of the statute states that it shall be unlawful to discriminate in the sale or rental or otherwise make unavailable or deny a dwelling to any buyer or any renter because of a handicap of any person residing in or intending to reside in a dwelling place.” “[T]he Fair Housing Act is applicable to State land use laws and local land use laws and ordinances and requires that such laws be modified, if necessary, to afford to handicapped persons the same opportunity to housing as those who are not handicapped.” “[S]tate court action is not permitted to deprive or limit the ability of handicapped individuals to live in the residence of their choice in their own familiar communities.” “The strong public policy supporting group homes overcomes the public policy which favors the right of property owners to create restrictive covenants.” Deep East Texas Reg. MHMRS v. Kinnear, 877 S.W.2d 550 – Tex: Court of Appeals, 9th Dist. 1994.

Casa Marie. This is a federal district court case from Puerto Rico. Casa Marie was a live-in elder care facility with residents from age 75 to 93. Some neighbors wanted it to cease functioning. The neighbors brought an action in state court and obtained a judgment ordering the owners to close the home, ostensibly on grounds that operation of the home violated a restrictive covenant. The restriction stated, “[t]he lot shall [not] be used except for residential purposes.” The federal court issued an injunction against enforcement of the state court judgment. “Before us are neighbors who have invoked restrictive covenants and zoning ordinances within the state judicial processes to deny these elderly, handicapped citizens a right to live in their neighborhood.” The court found violations of 42 U.S.C. § 1983 and the Fair Housing Act. Casa Marie, Inc. v. Superior Court of Puerto Rico, 752 F. Supp. 1152 – Dist. Court, D. Puerto Rico 1990.

Scott. This is a federal district court case from Kansas. Fearing a depreciation in property values, some neighbors threatened to sue a homeowner who wanted to sell a house to an entity that would operate a home for mentally retarded people. The United States Department of Justice sued thirty one neighbors alleging violation of the Fair Housing Act. The court wrote “several federal courts have held that the Fair Housing Act prohibits the enforcement of restrictive covenants that discriminate, or have the effect of discriminating, on the basis of handicap.” US v. Scott, 788 F. Supp. 1555 – Dist. Court, D. Kansas 1992. 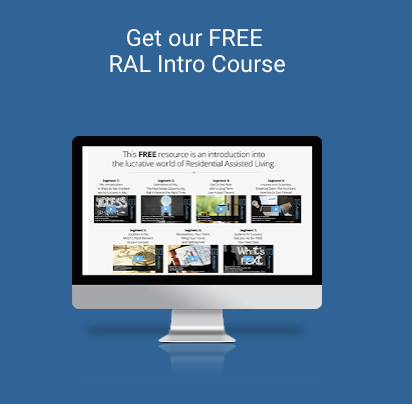 Speadsheets, mindset hacks, networking opportunities and free access to the first three modules of the Passive Investor Accelerator eCourse.  Ready To Invest With us?

We figure you are a self-starter… or someone to went to school for too long ;)

No baseball glove needed… there is no pitch coming