Investor Letter #1 & My Journey to SPC

Getting frustrated at W2

What are we talking about “Metric?”

Everyone saw Trump shaking hands with KJO from North Korea

For nearly 20 years, U.S. foreign policy has been dominated by military campaigns in Iraq and Afghanistan.

Fighting two wars made it necessary to make deals with other nations to secure key strategic military placement (ie bases in Turkey).

Everything is connected and when you become aware of this the world’s events make sense.

Turkey attacked the Kurds because they knew the U.S. would value the air bases in Turkey over supporting the Kurds.

Russia annexed Crimea because they knew we wouldn’t intervene militarily (Obama would not send more troops).

When the cat’s away the mice play…

Seeing the end game, Russia seized Crimea because they correctly calculated that Obama would not put U.S. troops into yet another battlefield.

Trump’s policy is more independent and less reliant on other countries.

When Saudi Arabia recently petitioned the U.S. for military support, Trump told them to pay for it.

When the UN voted against U.S. agendas, Trump told them that the U.S. would review the support and money it gives to countries that consistently work against the U.S.

One could describe this as hardball. It works in a lot of real estate deals when the winner is the party that is willing to walk away first. Who knows if it will work in world politics???

Right now the US economics look good and rents continue to raise at a steady pace (although not expected to mimic the growth in 2014-2016).

Although we all shake our heads at stories like this…

Call it a flashback but Subprime mortgages are bank except with a new name, “non-prime.”

“allow … borrowers to have FICO credit scores as low as 500 … can take out loans of up to $1.5 million … can also do cash-out refinances … up to $500,000. Recent credit events, like a foreclosure, bankruptcy or a history of late payments are acceptable.”

Other stories remind us of the big picture…

“Community banks, which enjoy broad support among Republicans and Democrats, will be freed from Dodd-Frank’s mortgage rules if they make fewer than 500 mortgages a year.”

This unraveling of Dodd-Frank with make lending easier, which is awesome for real estate investors.

New initiative: Per the advice of my new health advisor (who said “my VO2 max sucks”) I an starting the day with 5-10 rounds of high intensity calisthenics to get my heart rate over 140 bpm. This should be done in 5 minutes and continue in the fasted state after. Recently I paid for a health MD. It’s cool because he took my blood biomarkers, did a DNA sample, and gave me a supplement plan. We get together and chat about how things are going with Dex scans and VO2 max readings (think Gatorade commercials with Lance Armstrong with the mask on while biking). It cost a couple thousand dollars but I figure it can’t hurt. Your health is wealth. He sold me when he said “MD’s are normally idiots” (He is an MD himself).

2. Contribution: I interviewed four candidates for a job. I don’t know if I will work with any of them but I feel like I definitely helped them get where they need to go. Apply here.

3. Significance: Mailing out 160 books (email me for final twenty) and spoke at two events and gave out books there. I also wrote my first Forbes article.

4. Uncertainty: Doing a syndication in a new area in a new partnership. Finishing up two flips (38k & 21k) in Atlanta and will put on market $oon.

5. Certainty: I got bonus depreciation on my K1 and got first distribution checks from Syndications per plan. Also got paid back on a 2nd lien private money loan I did on a flip. And replenished money back into investinahp.com right before the 12% fund closed. A lot of my deals are starting to get cashflow now.

6. Love/Connection: Helped out a few people locally at my meetup get out of a tough legal situation with a lawyer referral. Hosted a mastermind meeting with like-minded people. We had whiskey it was good fun and I think I will continue. I realized part of the reason I don’t like my W2 job is that I am surrounded by W2 mindsets and I too am a product of my peer group.

What I need help on: More time – need to add staff or I will just continue to be a super employee of one. Join my team!

#LaneHack – I use a lot of Gmail inbox labels. Here are some great suggestions in this article.

I especially like the one about filtering all emails that have the keyword “unsubscribe” which are likely to be things trying to sell me things.

It’s not all about Money:

Be ready for the best sunset and sunrise captures: https://sunsetwx.com/ 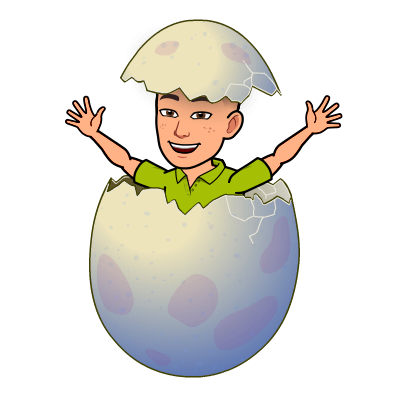 Join the club and find out what the easter egg is…